It's WIP Wed!! AND I have another finish.

Unlike the other post, I'm not going to photobomb you....this only has a few pictures.  I had two layer cakes of Bonnie and Camille's "Marmalade" flannel and wanted to make a new flannel throw for the couch so that I don't have to fight for the one that's there now...so I cut into them on Thursday night and then Friday during my beginning sewing classes I sewed while the kids drafted patterns and pinned their fabric.

I did a layout and finished the quilt during lunch as we were heading out to the river last weekend and I wanted something to clip in the truck during the 4.5 hour drive each way.... 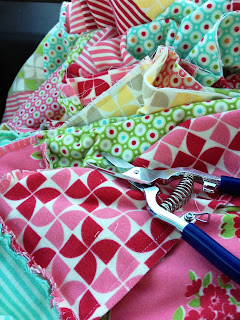 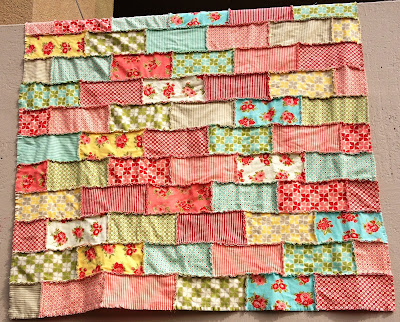 this was a truly random quilt....I had my TA make piles of 5 fabrics and then I used the left overs to make the setting squares.  I love the look of the "brick path" and will totally be making more of these in the future!!! 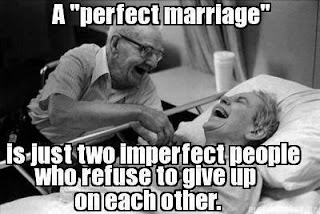