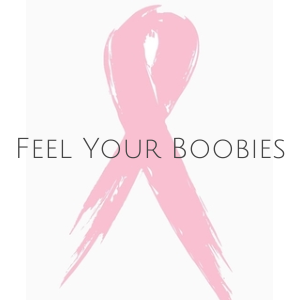 Today is the one year anniversary of my last chemotherapy treatment for breast cancer.

It's a little bit surreal.  In some ways I feel like it was just yesterday that I had my last treatment and in some ways it was a lifetime ago.  I can't believe how fast time flies.  Really it does.

October is Breast Cancer awareness month and while I don't condone all the pink merchandise, and I'm not really the "fight like a girl" type....I do believe an awareness campaign is necessary and I want to share my story on the off chance that one woman might feel her boobies because early detection saves lives.

Kate was born in Aug of 2010 and I was an exclusive pumper for about six months.  After I finished pumping I noticed I had a hard spot on my right breast.  I went in to see the doctor and she told me it was a clogged milk duct and I needed to put hot compresses on it and it would go away.  Well, I'm lazy and life happened and I never did get that darn spot to go away but it wasn't a concern. Until a year later when it was still there and it was bugging me.  It also seemed to be getting bigger.  So this time I chose not to go to my GP and to go to my OB/GYN in hopes she'd know what it was.  She looked at it and immediately schedule me for a mammogram. I put it off (I'm not a fan of doctors, and I was 34 and really thought this was an inconvenience.  Cancer was the last thought on my mind.  No one in my family had ever had breast cancer, it wasn't even something I thought I would ever deal with).  Eventually I made the appointment and had the test.  They told me that I needed to return tomorrow at 11 for a biopsy.   I have an HMO.  The wheels of an HMO rarely turn that quickly and I knew at that point I had cancer.  I went in for my biopsy and instead of taking 4 samples, as they said they would, they took 7.  The doctor told me that they would call me on Monday with the results and I got a call the next morning at 10 am.  Not only did I have cancer, but I had two different types of breast cancer in the same breast.  The final diagnosis was Stage I Ductal Carcinoma In Situ and Triple Positive Stage 1a Ductal Carcinoma (the first is non aggressive and the second is aggressive).  The triple positive means that it was fed via hormones and something called HER2 protein.

Next came a flurry of doctors appointments, a bilateral mastectomy, reconstruction, fills, chemotherapy, herceptin treatment and more doctors. :) I had five surgeries in 18 months and can happily say that today I am happier, healthier, and in a better place than I was before my surgery.

I was 34 at diagnosis.  I had no family history of breast cancer.  I am multiracial and am not at high risk.  I had large breasts (the myth is large breasted women rarely get breast cancer).  I breastfed.  None of this matters.  Please, please please.  Feel your boobies.  And if you feel something, don't do what I did :) Have it checked.

And happy Pink October as I like to call it!