I have been working on a Bliss quilt for ages now.   I start to work hard on it and then put it away.

So I worked on construction of the pieces: 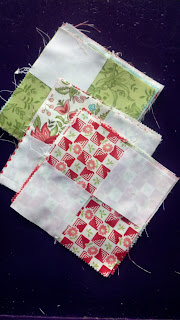 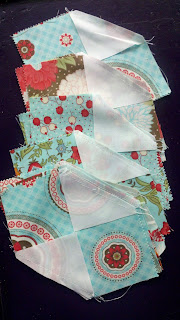 And then the construction of the blocks: 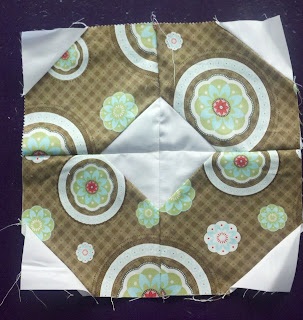 And in keeping with this year's word of PROCESS I pressed and then trimmed all the blocks so they are exactly uniform (and starched all to heck!) 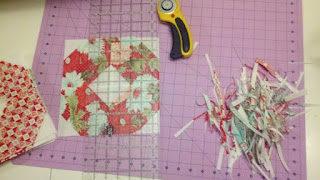 (because some of the blocks got a little wonky I ended up cutting a LOT off to make them uniform.  I will definately be more accurate in the future because of the process steps!!!)
But now here is my HUGE delima.  Layout.
I have 40 squares.
So my first thought was a 5 by 8 layout which I have here (pardon the pictures.  I do my layouts on my classroom floor for the extra space and only have my cell for pics.
Here's one direction: 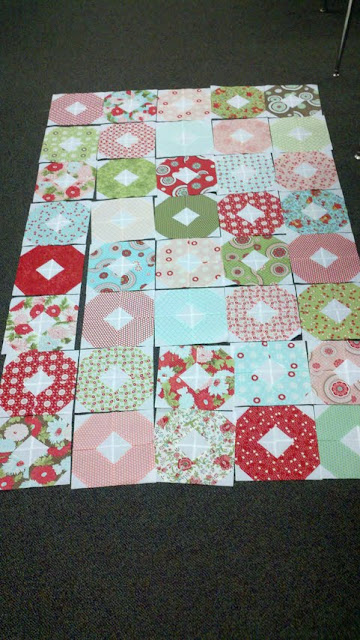 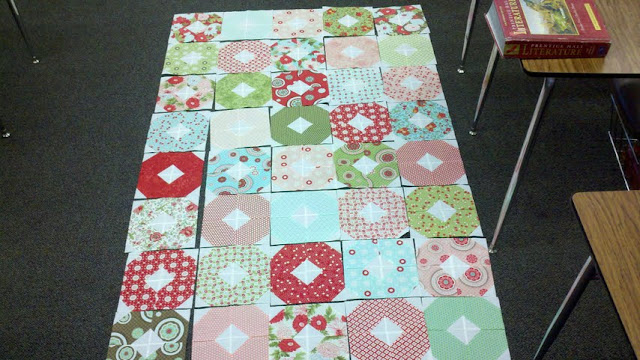 So I think I've decided on this layout and stack my squares.  But then I get to thinking.  If I do it that way before borders the quilt measurements are 42.5 by 68.  Not BAD.....but.....kinda skinny.  Perfect lenght.  I could add wide borders to the sides and skinny borders to the top.... 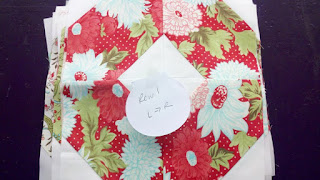 But then I think what about six by six.....and colorblocked.
It makes a square quilt that measures 51 before borders. 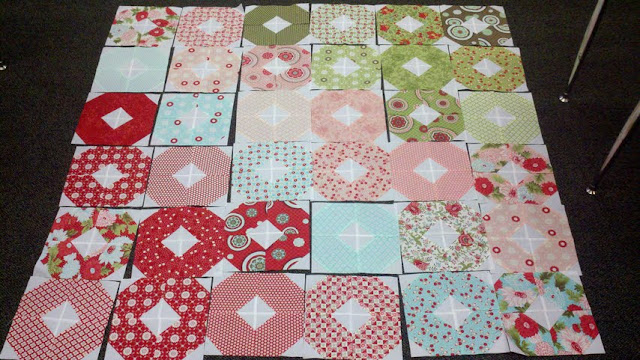